What skills does a low-code developer need? 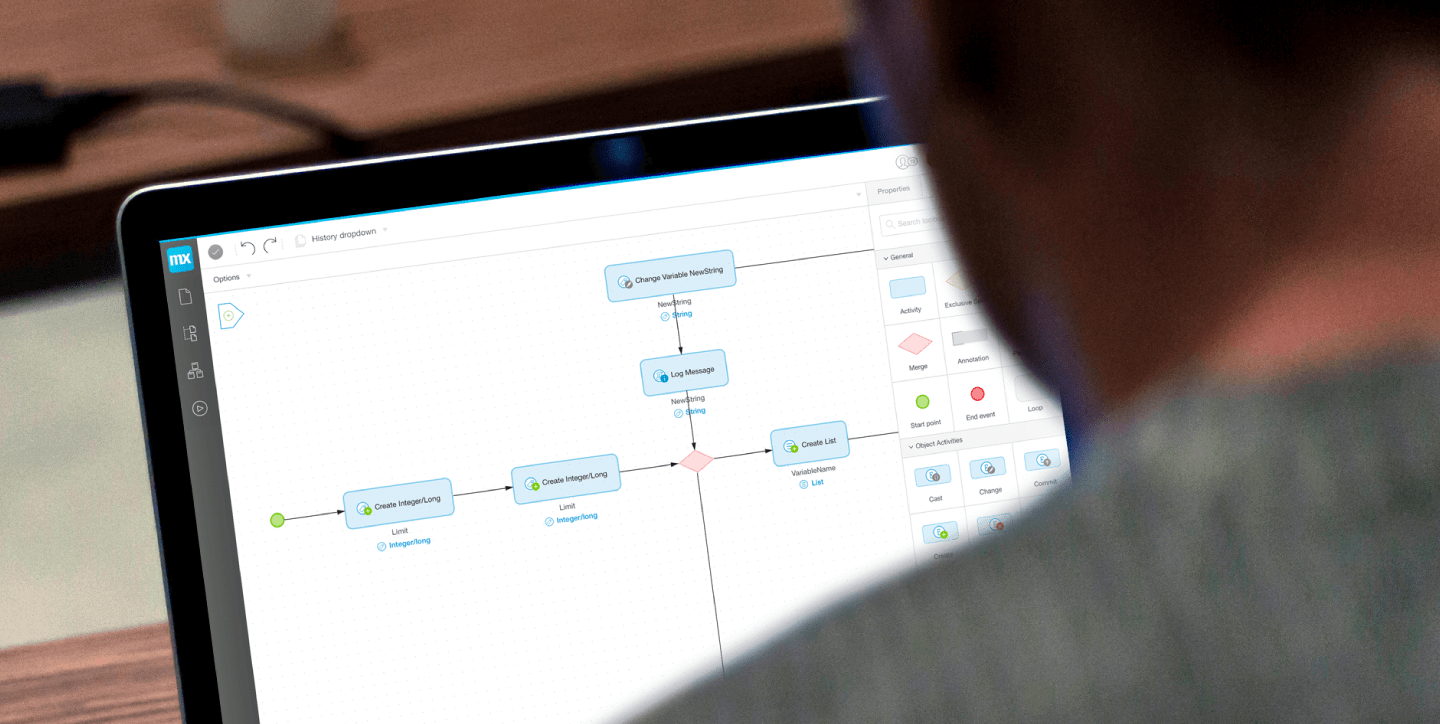 In recent years, low-code has been welcomed by many organizations. The word ‘hype’ even pops up in the media regularly. Understandable, because the many opportunities low-code has to offer do indeed seem endless. Bizzomate was Mendix’ first Expert Partner and has worked with Mendix’s low-code platform since 2012. Developer Jeroen Verhagen shares the low-code lessons he learned along the way.

Low code is a new approach to software development. Rather than diving deep into a computer language to write code, low-code lets the user build applications with the visual modeling of elements in a graphical interface. Although low-code is quite new to the market, James Martin wrote about the basics as early as 1982 in his book Application Development Without Programmers. Since then, many companies have been working on methods to increase the speed of programming by reducing manually developed code . The book is the first step towards the development of low-code.

The need for digitization has grown substantially over the last years. Scarcity of developers, combined with a growing number of legacy software, is causing a backlog in digitization, while companies demand more applications than ever. IT departments have been overwhelmed with new tasks, and low-code seems the right answer to speed up digitization.

Jeroen Verhagen used to work as a .NET developer, and switched to low-code development two years ago. The main reason: he was looking for more speed in development. Projects in his previous jobs just didn’t evolve fast enough. He was convinced that working with the Mendix-platform would be a challenge. “It is great to see the possibilities of building with the basic Mendix-blocks. And we’re never empty-handed thanks to the app store.”

Now, Jeroen has a couple of years experience with low-code, combined with a background as a traditional developer. It allows him to share his lessons and recommendations for those who also want to deploy low-code. Jeroen answers three important questions about new and existing low-code developers.

Hiring an experienced low-coder helps to get the team up and running quickly. The right mix of people brings out the best in each other. Try adding new low-coders to a project as quickly as possible. This way, they will learn the most from more experienced colleagues.

It’s actually not necessary to have knowledge of specific programming languages. Starting developers can also build powerful apps, thanks to low-code’s intuitive approach. Low-code ensures that lead developers can work more efficiently and that labour-intensive IT support needs to be called in less often.

In traditional development teams, every team member had a role, such as a functional consultant, a developer and a system engineer. In a scrum team, people often have the same profile, although some may be more experienced than others. But everyone’s focus is on the customer and the business, so they’re all working in a solution-oriented way.

A wide range of profiles can start working on low-code. It’s important that team members are multidisciplinary, but a low-code developer must, above all, have empathy. They must be able to empathize with both the end user and the client. Developers who are purely focused on programming, looking for isolation, searching for the best code out there, would not fit in a low-code team. Low-coders have less screen time, they are in conversation with the client, listening carefully to the subjects that matter. Low-code is more than programming; a low-code developer is in constant contact with the business decision makers of the client.

If you’re considering low-code, search for balance. For example, we provide many integrations with legacy systems and we want to make sure that the developers of those systems are in the scrum team. Keep them as close as possible. It’s great to have a smooth running low-code team, but the client also has to participate in your speed and accuracy of low-code.

This approach will make a team way more efficient. Developers will spend less time developing apps, so the emphasis shifts from development to innovation. It will not only drive the speed of the organization, but it will keep the team more aware of the objectives of the client.

Because low-code allows fast development, developers will produce fully functional solutions within days. The speed will keep everyone involved, it creates a sense of continuous progression. Low-code will create balance in speed and accuracy.

Curious about how Bizzomate works with low-code and what kind of solutions we build for you?
We’d like to meet you and tell you more about Bizzomate.