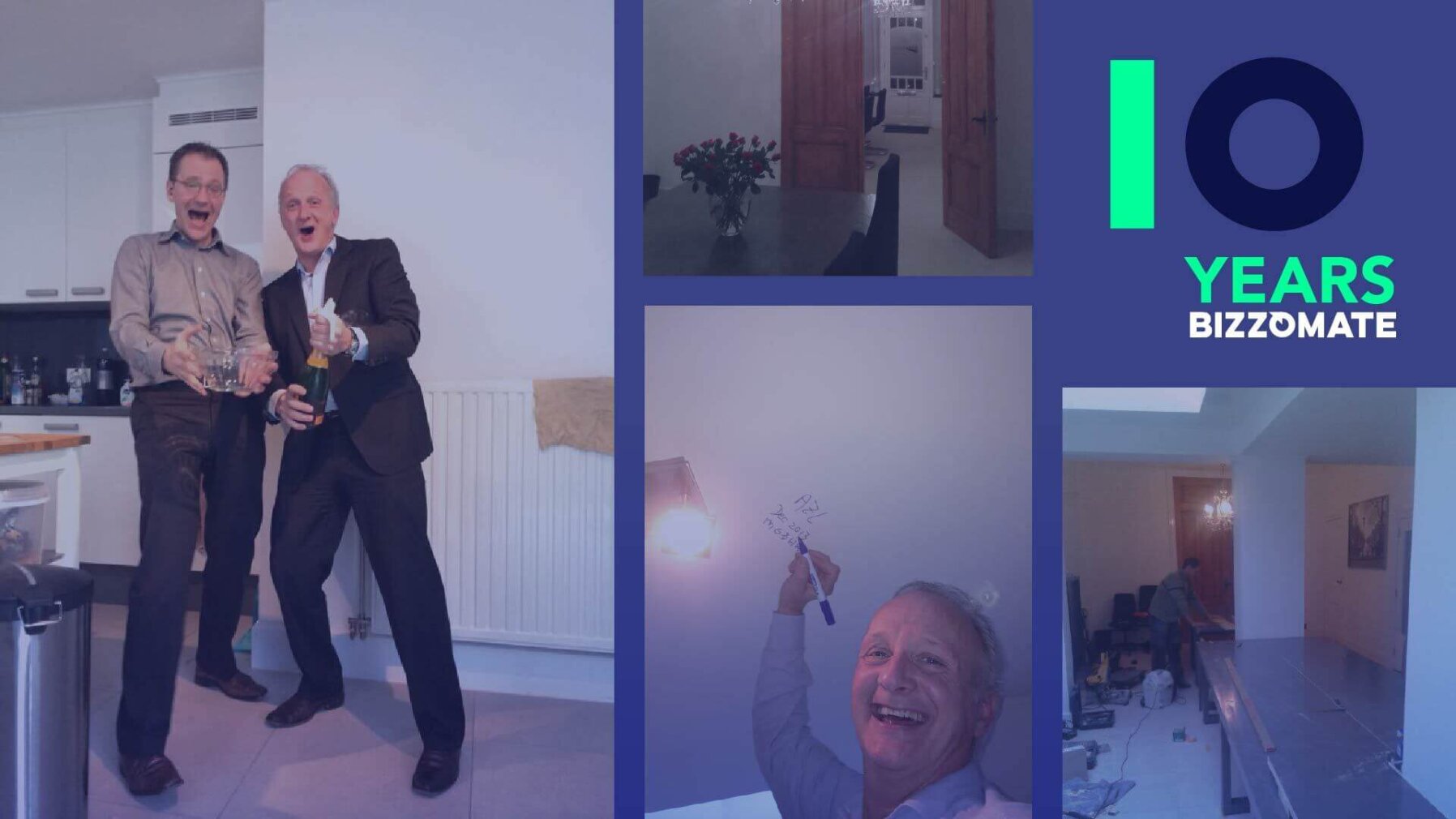 If you start a successful business once, can you succeed again? Do you still have the right mindset and do you know how to create a cohesive team? That’s what the founders of Bizzomate asked themselves 10 years ago. Now ten years later, with seventy colleagues and three offices in the Netherlands, we can conclude that they’ve been successful again. But how did they succeed? In this blog series dedicated to our 10th anniversary, our founder Marc Gelissen takes you back in time and reveals how the foundation was laid for our success. Today the first part: how it all started.

Marc: “Ten years ago, I had just sold Morningstar Systems, my previous business, with a business partner and we contributed to the successful adoption of our solution within the new organization. We wondered if we could build another thriving business. Would we still have the right mindset or would we be spoiled by our previous success? Eventually, we decided to start a new business. Before we even knew what type of services we would offer or what products we were going to sell, we first determined what type of company we wanted to be. Our core values, the 4 P’s, Passion, Pleasure, Prestige and Professionalism emerged from these initial brainstorms. Our next goal was to determine what we wanted to achieve. As a result ‘Growing Together’ with colleagues, customers and society became part of our company’s DNA. We also decided that making money from our efforts was not our only purpose. We decided to allow every colleague to spend a maximum of 10% of his or her time on a social cause.”

“The next step was to determine what services our company would offer. At our previous business, we already noticed an increasing need for ‘business agility, the ability of businesses to respond swiftly to changes in a rapidly changing world. Decision agility, making and changing operational decisions quickly and IT agility, building IT solutions quickly, were important keys to success. So we decided that our new business would provide solutions that would improve the overall business agility of organizations.”

“After we figured out what services we wanted to offer, we were ready for a new business. I founded ‘Bizzotope’, ‘Bizzomate’ and ‘Avola’ together with two other founders on October 2, 2012. They were the first ‘flex Ltd’s’ in the Netherlands and could be established for one euro. We wanted the new business to become an incubator for new businesses offering services related to achieving business agility. Our idea was that we would soon hand over its leadership to talented young people. I envisioned a coaching role for myself, I wanted to be a kind of ‘godfather’.”

“Subsequently we started a quest for the best solutions. For decision agility, we decided to build new software: Avola, our solution for decision management. A solution for IT agility took us some more time.”

Mendix for IT-agility
“I met Henry Kraaijenbos at my previous job. He worked as an Account Executive for Mendix, a company involved in Rapid App Development. Ten years ago, this was a completely new method for developing applications at lightning speed. At first, I thought it was just marketing nonsense. Until I saw it with my own eyes. Where traditional methods took months or years to build, Rapid App Development enabled a great solution in a matter of weeks. Because users were directly involved in the development process, the chances of succeeding were also much higher. In short, Rapid App Development was very suitable for improving the IT agility of organizations. Now we had found our solutions, we could start building our new organization.”

“We hired our first employees, usually with connections from the past and we rented an office building on the town square of Meerssen, a small village in the south of the Netherlands. We initially worked from the apartment above the office building, because the building itself still had to be renovated. A big advantage of our office in the center of town was that the waiter from ‘de Keizer’ pub next door came in to serve our favorite beer every Friday afternoon.”

Our first deals
“Thanks to our team’s hard work and determination we managed to close the first business deals. Rapid App Development, which would later become known as low-code, was still in its infancy, so convincing companies to start using a completely new method for software development wasn’t always easy. So we spent lots of time building proof of concepts for various companies. Sometimes we even secretly built them for a board of directors because they were sure that their IT department could not be convinced yet. Our business really started to thrive after we managed to convince a dozen companies to visit Mendix World 2012 with us.”

“Dutch pension provider AZL was one of them and became our first customer. We built a pension application for them. We also started working for Sanitas, an asbestos inventory office. Thanks to these big business deals, our team grew to ten people within a year. Besides that, we had a nice office and an impressive turnover. Avola, our decision management solution also started to grow but at a slower pace because we had to build the software from scratch so we had to put more effort into building it ourselves.”
“Our next mission was to achieve our goal to contribute to the growth of our customers, employees and society and to become Mendix partner of the year. Check out that story in our next blog.” 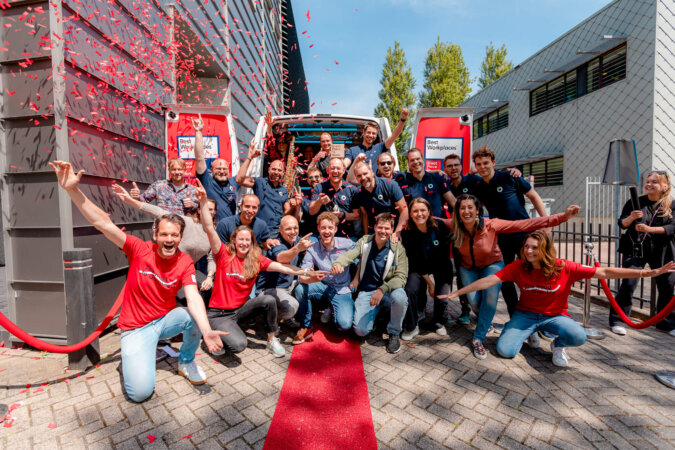